Almost Human, the CIA, and Satan 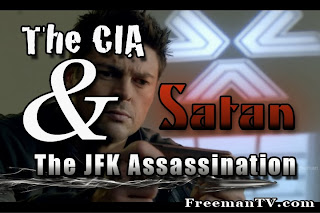 We have witnessed the CIA’s involvement in the entertainment industry for years. Certainly, the DOD and FBI have had Hollywood liasons longer than the CIA but, no one does it like “The Company”.
J.J. Abrams has been involved with social engineering with the CIA for decades. His connections to Walt Disney Co. and creating CIA recruitment television should be enough for any follower of this author. But, there is always more to the picture.

The CIA, Satan, and the JFK Assassination 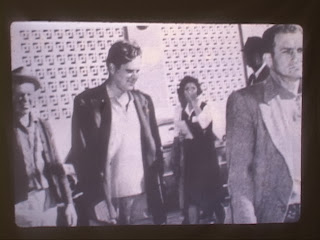 I sat next to a man who claimed to be a police investigative reporter. He was mostly interested in the Iran-Contra investigation. We talked for a while about “guns for drugs” then, he told me that he had, I believe it was, Parkinson’s Disease. He said that he needed to take his medication and that it would paralyze him for a time, but that he could talk. He said it frightened him to be paralyzed and asked if I would stay to talk with him during this time. I said, “certainly,” and then, out of the blue, he asked me, “Do you want to know who killed Kennedy?” Being an avid Discordian I replied, “Wasn’t it John Dillinger?” He kinda smiled and said, “It’s funny you should say that. Yellow Springs is the first town Dillinger robbed, but no, it wasn’t Dillinger. It was Woody Harrelson’s father. This is a Yellow Spring’s secret.
Posted by freeman at 12/01/2013 09:08:00 AM