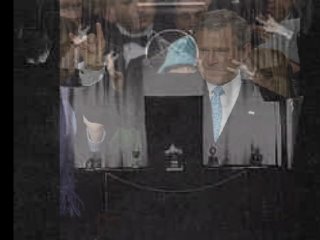 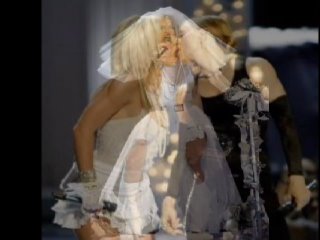 We absolutely live in the Age of Revelation, and I can say that there is nothing more revealing than Texe Marrs new book, Codex Magica. Texe lovingly, sent me a copy, which I recieved today. If anyone can look at these voluminous illustrations and still look at life the same, Satan wins and I give up. This is it folks, the ultimate in revelation. Our "leaders" are purposefully evil. I find it very intriguing that Texe and I are revealing so much of the same information at the same time. This is knowledge that is begging to be known. Right down to "Cosmo Kramer" being a freemason. I thought I was the only one to reveal this because they happened to be talkng about Michael Richards when I visited the Supreme Mother Council of the World(check Scottish Rite link) I was amazed and delighted with Texe's ability to dig so deep that he has numerous pictures of the whole Seinfield gang giving occultic gestures.
Check out www.powerofprophecy.com
For more information on the secrets of Freemasonry go to Freemasonry Watch 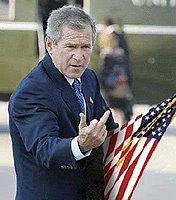 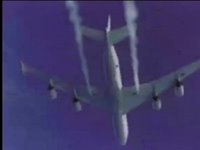 Have you seen the trails today? My throat is raspy, my lungs feel infected. Do you feel it? Do you see it? The other night on air, I recieved much concern about the chemtrails after I asked these questions. Numerous callers wanted to know more. I wish I had told one lady in particular, about how I came to know of chemtrails. So, here is that lost thought. I started noticing the trails in the sky in the early 90's. At first, I thought they were rocket launches of some sort. I grew up near Cape Canaveral and rocket launches are the only thing I had ever seen that look like this, but the trails criss-crossed. This made no sense. I then started hearing reports of a silvery, spider-web type substance falling from the sky onto people's lawns. They, in their curiousity, picked the stuff up. It immediately ,melted in the hands of these unsuspecting citizens. They developed flu-like symptoms. Next thing you knew, we had a "flu-like symptom epidemic". The news reported that there was no virus connected to these symptoms and left it for you to wonder just what was going on. I then saw a news report of 1000's of birds suddenly dropping dead in Kansas City. They gave this a whole minute and a half of air play, after a few people saying, "it's gross" the news left you with, "it might be poison." Soon, many knew of chemtrails and their effects and wanted to share this with the world. People were not seeing them, however. How could this be, with massive X's in the sky, sometimes full on grid patterns like today. So, we watched and would actually get excited when we saw them in commercials and movies. Much effort has gone into trying to discover what is in these trails and who is putting them up there. And, yes this is world wide. The most likely source is NATO, and the most logical conclusion is that it is population culling. Resaearchers have discovered that pathogens have been placed in these trails. They are dormant. These can, absolutely, be activated by HAARP type technologies. Barium was also discovered in the trails. This is a known tracking agent and is known to cause flu-like symptoms. Barium makes you show up on radar. Like the new X-radar on its way to Alaska at this moment. So, if you are feeling a lttle "under the weather", look up and see why.
Posted by freeman at 11/02/2005 12:46:00 PM