I like to think that so many people are seeking FreemanTV.com that it crashed the server thanks to my appearance in "ME at the ZOO". Maybe, people got a little more than they expected from this Chris Crocker extravaganza.
Posted by freeman at 1/20/2012 10:44:00 AM

Chris Crocker, ME at the ZOO, Freeman, Britney Spears and the Sundance Film Festival in 2012 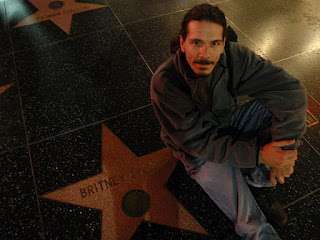 Freeman began his career discussing Illuminati social engineering through corporations and celebrity mind control. With predictions of 9/11 to the 10/13 bank crash and the Obama birth conspiracy, no one could deny Freeman's insight on the esoteric nature of world politics and Hollywood. Opening with an in-depth exploration of Illuminati Corporate Logos and America's goddess, Columbia, Freeman went on to become an Award-Winning television producer with the first-ever documentary on HAARP and he was first to televise a documentary on Chemtrails.
His message has been one of peace and focusing on the miraculous. Synchronicity guides his life and work.
Hollywood Mind Control continues to peak Freeman's curiosity and the celebrities never fail to deliver.

Anna Nicole Britney & Mind Control $19.99 Could it be that what we are witnessing in our top pop stars recently is the result of trauma-based mind control? There is a program so grim; its aspects are difficult to talk about. I am referring to Satanic Ritual Abuse. It is widespread and goes to the upper echelons of the world's rulers. Most Americans won't believe that mind control is going on in the "homeland." Well, it is. Many of the rituals and methods employed in the mind control projects are inspired by the ancient mystery schools; blood and sex rituals to their god and goddess. From ancient Babylon to Nazi Germany and on into America, trauma-based mind control has been the modus operandi of the Illuminati.
Join Freeman for a discussion of current events involving Anna Nicole, Britney Spears, Madonna, Walt Disney and much more. Could our top pop stars be mind controlled slaves for the Illuminati. Is Anna Nicole's baby girl an attempt to raise a "moonchild" through an occult ritual? You decide.

Freeman will appear in, "ME at the ZOO", at the 2012 Sundance Film Festival. This is a film produced by Michael Stipe of REM and directed by Chris Moukarbel on the YouTube phenomenon, "Leave Britney Alone". The film will feature Freeman's appearance on Esoteric Round Table discussing Anna Nicole, Britney, and Mind Control.

Currently, Freeman and crew are aboard their school bus, MSMMLE, "Ms. Emily", a Mystery School Mobile Media Lab Experiment seeking the miraculous and transmitting it back to you in a Type 1 Roadshow fashion on the Friendship Agenda.